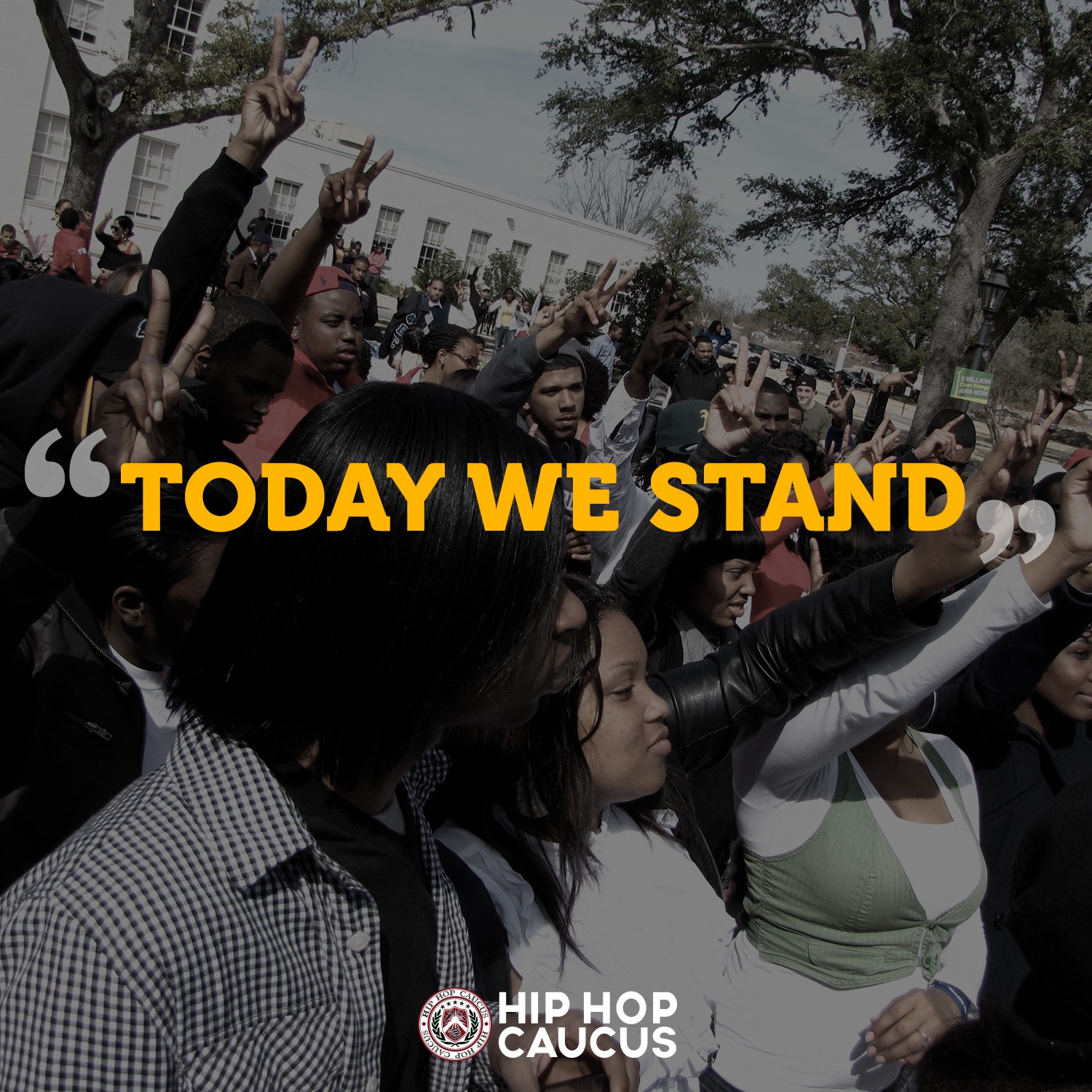 Today, we must stand for community based programs that have given often forgotten, overlooked and marginalized community’s traction to move their neighborhoods forward, and address the disinvestments that have limited their opportunities for positive change. Today, we must support our most vulnerable communities on their journey from surviving to thriving, and focus on revitalizing our most vulnerable communities.

Today, we stand up for Standing Rock, to protect and support culture that honors Mother Earth and the lives of our people. We stand up to address the disproportionate environmental and public health impacts that continue to affect Communities of color, Low income and Indigenous populations.

Today, we stand up for Flint, Baltimore and East Chicago, where the devastating effects of lead will have long term health and economic ramifications such as: kidney damage, anemia, hypertension and abnormal brain development, higher infant mortality rates. and declining property values. Lead poisoning, for decades has been one of our greatest public health crises, disproportionately affecting black children. Researchers in 2010 estimated that nearly 8.0 percent of the country’s African American children under the age of six have disproportionately high levels of lead in their blood. Today, the Administration wants to roll back programs that have protected children from the effects of lead exposure-we must say no.

Tell the EPA you are Standing Up!

Today, we stand with those who are more likely to die from air pollution than AIDS, tuberculosis and car accidents combined Worldwide.

Today, we stand with Latino brothers and sisters who are 165 percent more likely to live in counties with unhealthy levels of power plant pollution than non-Latino whites and with 2 in 5 Latinos who live within 30 miles of a coal-fired power plant. Today, the Administration is attempting to roll back the protections from the Clean Power Plan, that would reduce the impacts from carbon and other greenhouse gases — we must say no.

Today, we stand for the divestment from fossil fuels and switching to clean energy investments, and reinvesting in our most vulnerable communities.

It’s Time to stand up — like Taboo and the Magnificent Seven and say, “I’m ready for the battle and we ain’t runnin — One Nation, One People, One cause, standing against the pipeline”

It’s Time to Stand up — like The Legend Bob Marley Said, Get Up Stand Up, Stand Up for Your rights-So now you see the light-Stand up for your rights!!!

It’s Time to Stand Up!

It’s Time to stand up- like Amber Rose and fight for women’s rights and equality and reframe shaming into empowerment….

It’s Time to stand up — like Chance’ the Rapper and say that disinvestment in the education of our children is no longer acceptable and I will do something about it.

It’s time to stand up — like Antonique Smith who says that Climate Justice is one of our greatest Civil Rights issues of our time.

It’s time to stand up — like hundreds of thousands who will attend the 2017 People’s Climate March, saying We Resist, We Rebuild, and We Rise….

It’s Time to stand up — like millions across the globe who are chanting, “Can’t Stop Won’t Stop” and are committed to living it everyday….

Today, we Stand Up for Justice- We Make our collective Voices heard….

Today, we Pick Up our Pens, open up our laptops and let the President and his Administration know what’s happening in our communities, barrios, blocks, farms, and on our indigenous lands….These actions to dismantle our communities are no longer acceptable….

Today, we raise our expectations, and Today we hold our public officials accountable for their actions….

Today, we make sure the world knows that All Voices Matter and that We Have Power….

Today, we Stand Up for Justice together. When I left I the EPA I was making a clear statement that I was not going to sit by while progress we made for our communities was either rolled back or attacked. Join me and send your message to the EPA today!

Send your message to the EPA here.

John Lewis’s Advice For Defending Our Health And The EPA: ‘Get Into Good Trouble’

Environmental injustice is rising in the US. Minorities and the poor pay the price