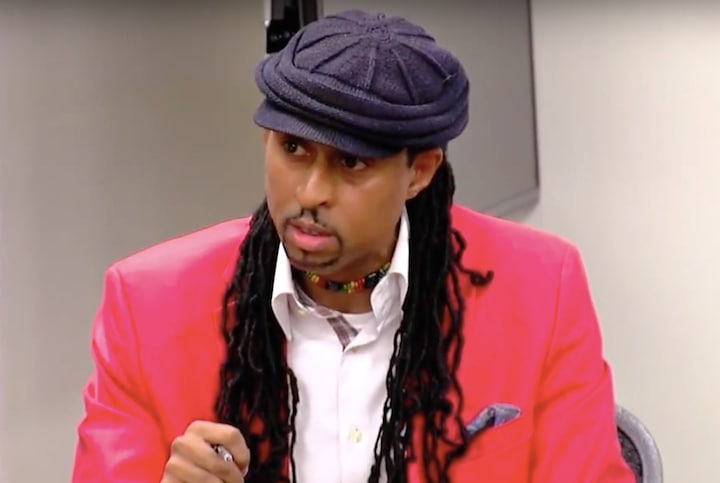 Mustafa calls out the environmental injustice and disservice the Trump Administration is exhibiting by its attempts to undermine the public health protections and programs many families of color rely on.

But given the Trump administration’s intentional neglect of the most basic of EPA’s mandates, I left the agency, and joined the Hip Hop Caucus. We and our partners are committed to transforming our communities from ‘surviving to ‘thriving’. And that means defending against the injustices of pollution and disinvestment.

And the truth is, some injustices are easier to see, like signs hanging above a water fountain or on a bathroom door. Under the surface, systemic harm disproportionately undermining black and brown families continues to fester, demands more thoughtful attention than ever before.

Let’s take the tragic story of Freddie Gray, for example. It’s been a few years since young Freddie Gray died in the back of a police van in Baltimore, Maryland. His death sparked conversation about police brutality, and the criminal justice system. But the untold story is one of unfair environmental harm. It turns out, Freddie grew up in the projects in Baltimore, and was exposed to lead paint chips as a child. Science tells us that exposure to lead at that age seriously inhibits brain development, leading to increased academic struggles and higher rates of youth run-ins with the law. We currently have over one million kids who are suffering from lead poisoning.

When the Trump Administration undermines public health protections and programs families like Freddie’s rely on, communities of color suffer the most. Our safety and our health the first rung on any letter of opportunity. The President and his backers have posed historically deep cuts to cornerstone environmental justice programs and the stripping of grant dollars dedicated to ensuring safe water to drink and clean air to breathe, all while our children suffer from more asthma, our families are exposed to more toxic chemicals, and our neighborhoods deal with higher levels of contaminated water.

A recent investigation into water contamination around the country identified more than 3,000 neighborhood areas with recently recorded childhood lead poisoning rates at least double those found across Flint, Michigan, during the peak of that city’s water contamination a few years ago. In fact, more than 1,000 of those ‘hotspots’ have a rate of elevated blood lead levels higher than Flint’s.

Whether it’s his political delay of the Waters of the United States rule meant to keep sources of drinking water safe from harm—or continual blockage of having EPA do the job Congress gave it to do, Trump’s actions put us in real, measurable danger.

On the heels of Black History Month, we’re reminded that the environmental movement and the civil rights movement are two sides of the same coin: EPA was born from an all-too-familiar compulsion to fight for basic rights—the right to clean air to breathe, clean water to drink, and healthy land to raise our families.

As he spoke to EPA staff in 2014 upon receiving his award, Congressman Lewis recounted his first recollection, as a young boy in Jim Crow Alabama, seeing entry signs and water fountains labeled ‘colored’ and ‘white’. I was there in the room when he described it in detail. He remembers asking his family why such discrimination existed: “They said, ‘That’s just the way it is. Don’t get in the way. Don’t get in trouble.’”

Today, in this new era of anti-science, racially charged political leadership, as environmental health injustices deepen their roots in black and brown communities, we must endeavor—like generations past—to give voice to the voiceless and fight for a more equitable future.

Let’s take a page out of Congressman Lewis’s book. Let’s keep getting into good trouble.

It’s Time to Stand Up! (A Manifesto from the People)

Environmental injustice is rising in the US. Minorities and the poor pay the price