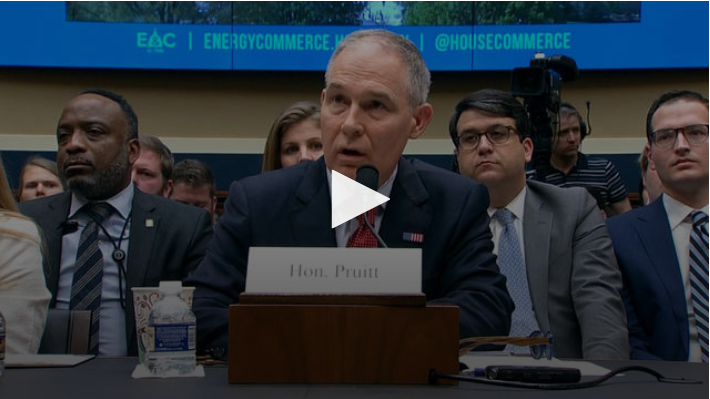 Environmental Protection Agency Administrator Scott Pruitt has resigned, amid an onslaught of financial and ethics scandals and widespread opposition to his campaign to roll back key environmental protections. President Trump announced Pruitt’s resignation via Twitter.

Trump later told reporters, “Scott Pruitt did an outstanding job inside of the EPA. We’ve gotten rid of record-breaking regulations, and it’s been really good.” At the time of his resignation, Pruitt was facing more than a dozen federal investigations into ethical misconduct, ranging from lavish spending to asking subordinates to help his wife find a job. Just earlier this week, CNN reported Pruitt kept a secret calendar and schedule in an attempt to hide his meetings with many industry executives.